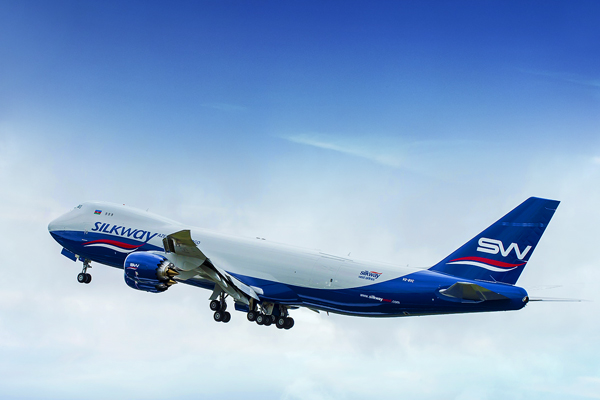 The COVID-19 pandemic has seriously impacted activities in many industries, including freight transportation. Under these challenging conditions, the demand for timely and safe cargo flights has increased. The Silk Way Group is committed to supporting the initiatives of the Government of the Republic of Azerbaijan during the pandemic, and continues to provide transportation of essential personal protective equipment and medical supplies.

Silk Way Group aircraft have already completed more than 100 charter flights to deliver medical goods to countries in the CIS, Central and Eastern Europe, Asia and North America since the start of the pandemic.

The Silk Way Group was established in 2006 to manage freight operations from Heydar Aliyev International Airport in Baku.

Over the years, the Silk Way Group expanded to include a number of subsidiaries active in the aviation industry as well as in other sectors. At the end of 2019, a strategic decision was taken to focus on freight transportation, and following a process of divestment of non-core activities, the group was consolidated into three companies engaged in cargo aviation and related services: Silk Way Airlines, Silk Way West and Silk Way Technics.

Silk Way West was founded in 2012 and today operates around 250 regular and charter flights monthly to more than 50 destinations in Europe, Asia, North America and South America. The airline’s fleet consists of 12 Boeing 747-400F and Boeing 747-8F aircraft equipped with the most advanced safety systems. In 2016, Silk Way West was recognised by Boeing as being the fastest-growing airline in terms of fleet numbers, geographic reach and cargo volume. Today, the airline ranks third in Europe by these three criteria.

Silk Way Airlines was founded in 2001 and operates charter flights to Europe, the Middle East, Asia and Africa. The Silk Way Airlines fleet consists of five latest-generation Il-76TD and Il-76 PS-90 aircraft, certified to fly anywhere in the world. The airline also provides transportation for the UN and the ISAF (International Security Assistance Force) programme.

Silk Way Airlines also holds special transportation certificates for the Ministries of Defence of the United States, Spain, Italy and the German Bundeswehr.

Silk Way Technics was founded in 2006 and is specialised in aircraft maintenance. The company has the largest hangar in the region as well as state-of-the-art equipment, and holds certificates of compliance with international standards for the maintenance of a wide range of aircraft including Airbus, Boeing, Embraer, and Gulfstream models. It should be noted that the highly qualified staff of Silk Way Technics provide technical services not only for Silk Way Group and Azerbaijan Airlines (AZAL) aircraft, but also for other airlines from the CIS, Europe and Near East.

Today, Silk Way Group is looking to the future. Having risen to become one of Azerbaijan’s leading private companies, the group is now expanding its reach in cargo transportation even in these challenging times, connecting not only the cities of the world but also entire continents.